The Case Estates Area is part of the Case’s Corner Historic District, which is listed with the National Register of Historic Places. The following information is taken from Weston's Historical Commission web pages on the historic district. Please visit to read more detail on the area’s history and architecture.

The significance of the Case Estates Area to Weston, and the region, derives principally from the horticultural activities of Marian Case, whose Hillcrest Gardens’ horticultural center helped preserve the agricultural tradition and rural landscape of Weston, and protected the land from further suburban development.

The buildings are representative of important periods in the town’s history, including the early 19th century Farming Era, 19th century Estate Period, and turn of the century early suburban development. Although architecturally diverse, many of the buildings are linked historically to the locally prominent Case family.

Plantings of horticultural significance, including many specimen trees and shrubs, are located throughout the area and stone walls dating from the late 18th to early 20th century exemplify varied construction methods and serve as important landscape features. Because of the large amount of open land, the area retains a distinctly rural feeling.

The main estate house, which is now the school administration building, outbuildings, and acres of undeveloped former estate land once belonged to James Case, one of Weston’s first summer estate owners. The James Case Estate can be considered among the most complete remaining Weston summer estates. Read the 1982 Weston Historical Society Bulletin on the Case Family Legacy (PDF).

James Case passed away in 1907 whereupon his daughter, Marian Case, at age 45, decided to embark on a career combining farming and education. She began buying nearby properties in 1909, and by 1920 her holdings included 105 acres, either purchased or inherited from her parents. From 1910 to 1919, her property was known as Hillcrest Farms, which was an experimental farm and work/study experience for local boys during their summer vacation. Over the years, about 40 acres was under cultivation. 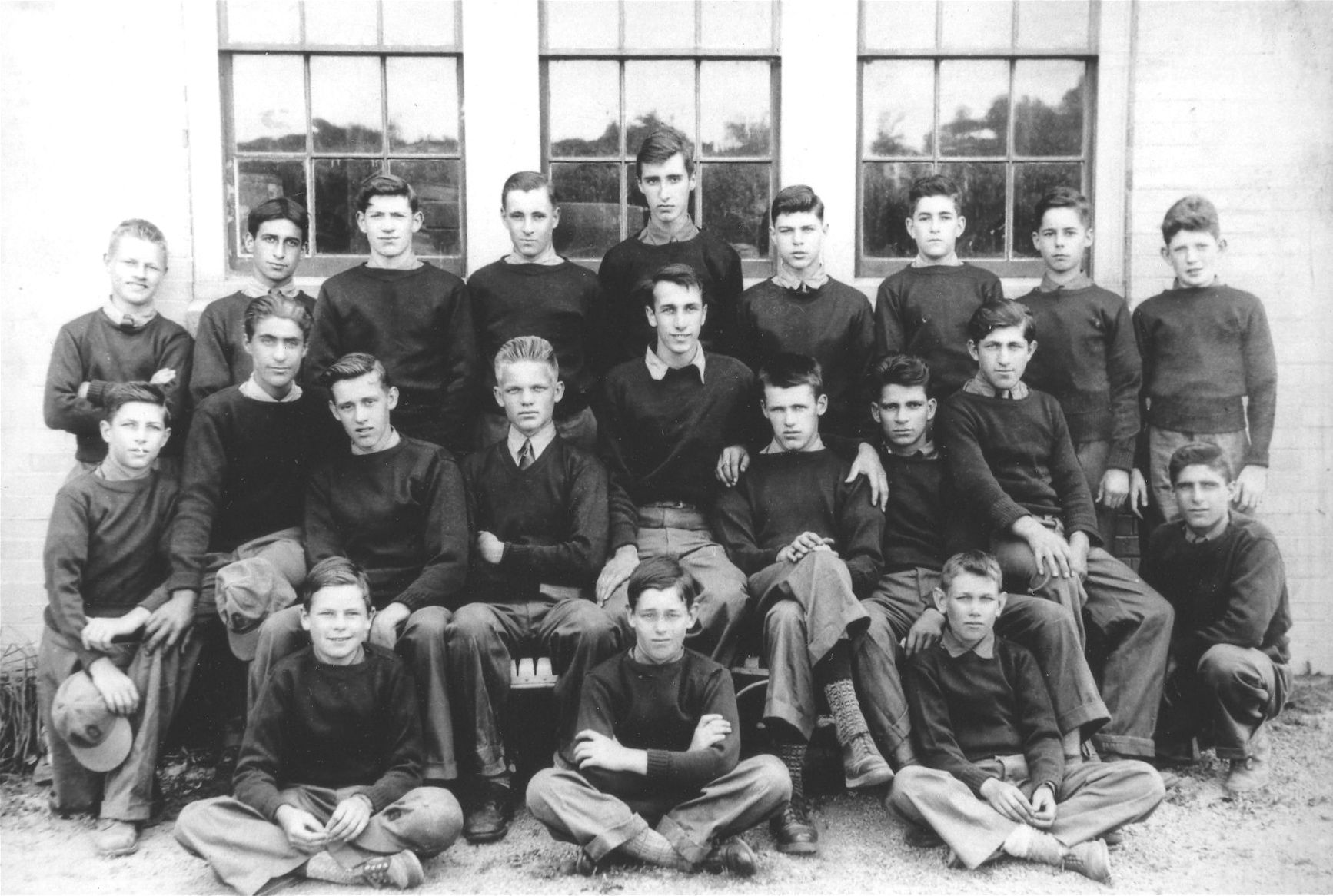 One of Miss Case’s goals for Hillcrest was to operate a practical school of agriculture for boys on their long summer vacations. Much of the farm labor was done by the Hillcrest Boys, generally up to 20 local boys age 12 years and older, working full or half time for low wages of between $4 and $20 a month.

Beginning in 1913, the boys had an hour each day of classroom work for the study of agriculture and were required to write observation papers each day. Additionally, each boy had to write a more formal essay during the summer for presentation at the annual Labor Day exercises. These essays, along with the comments of Marian Case, were published each year from 1911 to 1941 and provide an invaluable record of the history of Hillcrest Farms (later, Hillcrest Gardens), including the development of the property and the underlying philosophy of Marian Case. Special papers by such horticulturists and botanists as John G. Jack, Elmer D. Merritt, Arthur Williams, E.H. Wilson, and John Wistar were also included in these publications. 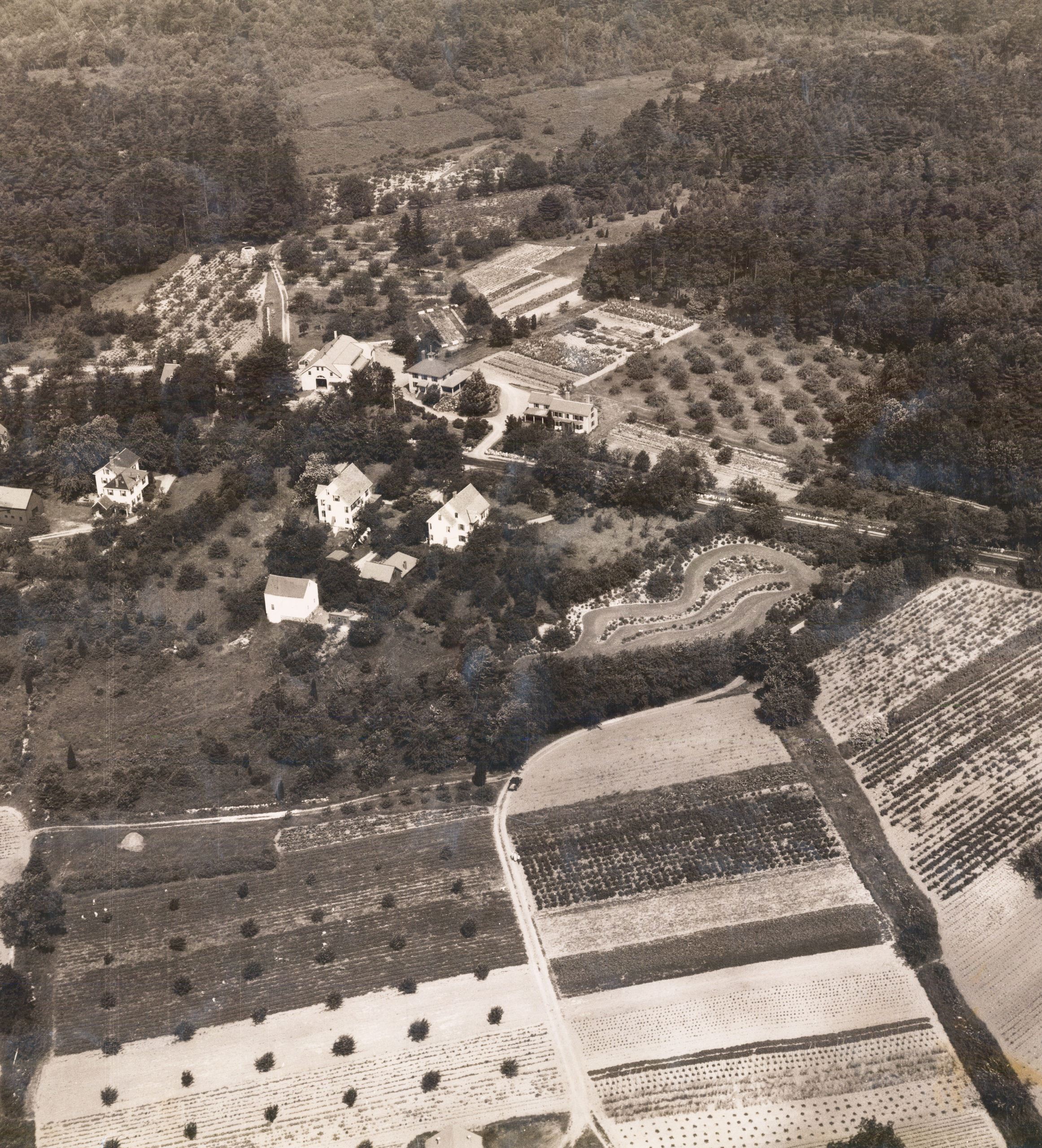 Horticultural development began in the 1920s, primarily through the work of John Wistar. Hillcrest Farm was changed to Hillcrest Gardens in 1920, reflecting the new emphasis on horticulture and additional uses of the property for display gardens and as a plant introduction station.

Marian Case was a prominent member of local and international horticultural societies and was influential in horticultural affairs in New England. She used Hillcrest Gardens for experiments in raising seeds and plants collected from all over England, the Mediterranean area, and South Africa. Charles Sargent, John Jack, and E. H. Wilson provided her with new and unusual seeds and plants for her horticultural displays and lectured at the school. She was an active member of the Massachusetts Horticultural Society, establishing the Hillcrest Medals for children’s gardens from 1918 to 1933. In 1926 and 1930, she was awarded medals by the Massachusetts Horticultural Society for her work at Hillcrest. Miss Case planned regular lectures throughout the summer by well-known specialists from horticultural organizations throughout the region. These lectures were open to the public, and by 1919, they were held weekly.

Hillcrest Gardens flourished in the 1930s until the disastrous hurricane of 1938, which damaged many of the specimen trees and destroyed the orchards and over 3,000 trees in woodland areas. The following year, ill health forced Miss Case to look for an organization to carry on the Hillcrest tradition. At her death in 1944, the property was willed to the Arnold Arboretum. Read the 1982 Weston Historical Society Bulletin on the Hillcrest Gardens (PDF). 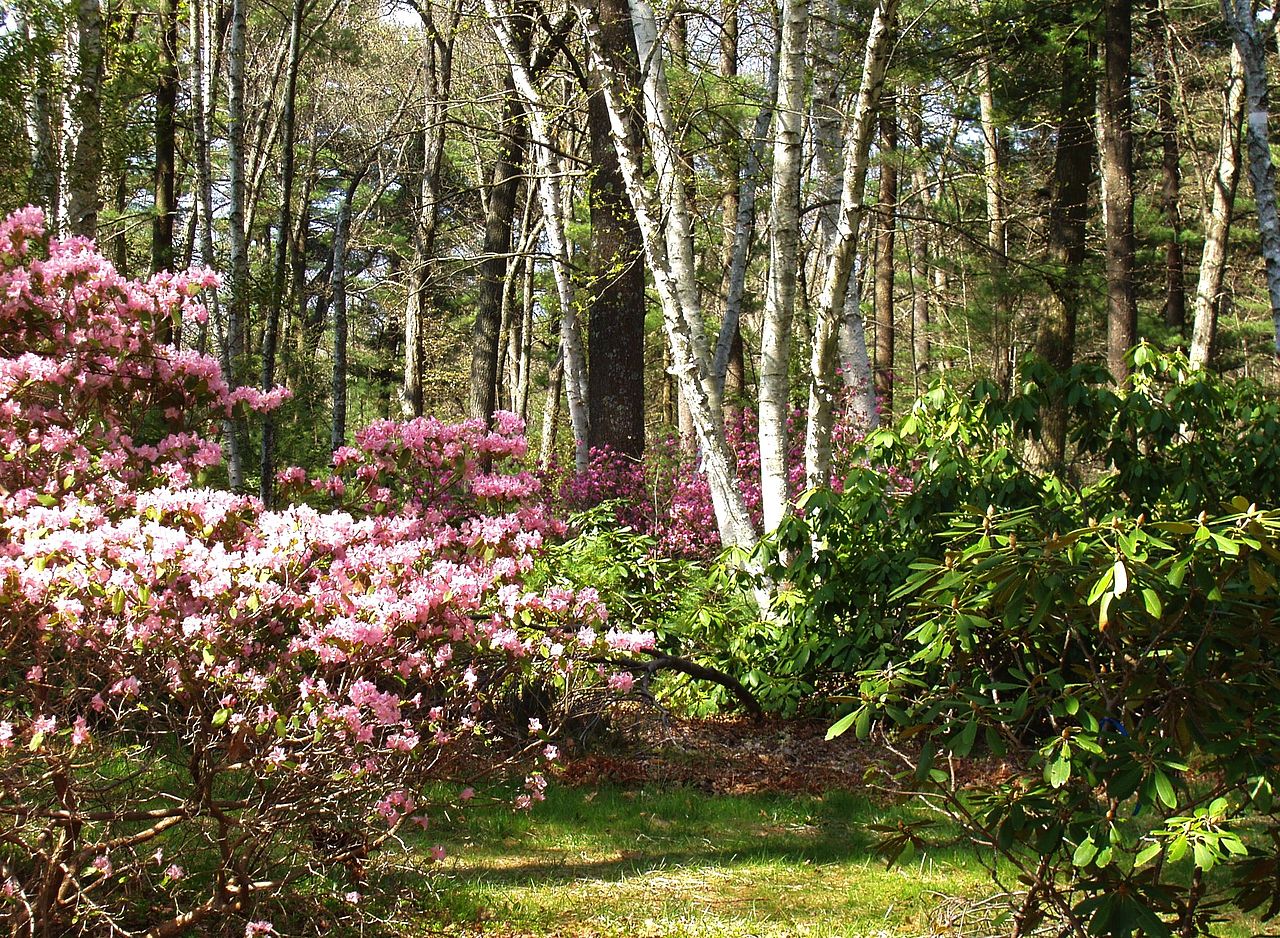 As the Case Estates, under the Arnold Arboretum, the property was a center for plant propagation and experimentation and for educational programs held in the schoolhouse. The land was used for display gardens, Arboretum classes, and special events, and as a nursery and testing area for new plants. The small ornamental tree collection was planted and the rhododendron gardens expanded under the direction of the Massachusetts Chapter of the American Rhododendron Society. Numerous small plant societies maintained gardens on the property.

In 1986, about one-third of the property, a 35-acre field, was sold to the Town of Weston, which currently leases the property to the non-profit agricultural organization called Land’s Sake, Inc. Part of the mission of Land’s Sake is to maintain the agricultural heritage of Weston through the cultivation of crops and summer employment of Weston youths who earn money working in the farm fields. In this way, the preservation of the land and its use for agricultural purposes has been maintained in Weston to the present day.

In 1989-90, the Arboretum determined that the Case Estates was no longer central to its mission and began to phase out operations. In 2005, the Arnold Arboretum offered the land back to the Town of Weston.