The Chestnut Street Area was documented by the Historical Commission in 1998. The following properties are included in the area: 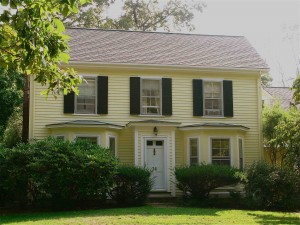 The following is an excerpt from the 1998 MCRIS Chestnut Street Area Form, which includes the complete text, data sheets, and photographs.

Chestnut Street is one of the earliest streets in Weston. The distinctive sharp bend in the path of the road reflects the earliest land division lines. This is one of the town’s designated scenic roads, loved for its gently rolling topography, stone walls, naturalistic landscaping, and “country” character. The area covers the part of Chestnut Street from #1 to #118 and also #140.

The western end of the street, not included in the MCRIS,  has recently been developed with large new homes on landscaped lots. Along the rest of the street, much of the open land is still maintained as meadow rather than lawn, and in general landscaping avoids a manicured appearance. Located at the eastern end of the street is the restored farmhouse generally considered to be the oldest remaining house in Weston.

Several other houses along the street, although built in the 1950s and 1960s, are excellent, well-proportioned Colonial Revival examples that appear to be earlier in date. These houses lead most people to presume that Chestnut Street has many early historic houses, although, in fact, only one was built before 1870 and almost half of the houses within the area date after World War II.

Also contributing greatly to the architectural character of the street are a group of modest homes on small lots on the south side of the street, built between 1885 and the mid-1930s in a variety of styles. One feature of the street which accounts, in part, for its appeal is that nothing is regular or predictable.

Lot sizes within the area covered by this form vary widely, from 1/3 of an acre to a high of over 10 acres. Age of houses range from ca.1696 to the present day. The set-back of houses varies from about 10’ to almost 500’. Houses vary greatly in size, scale and design, from modest 1-1/2 story cottages to large mansions. What brings this disparate group of houses into something of a coherent whole is the sense that the street “feels” old and historic, that the street evolved “naturally” over time rather than through a subdivision process specifying regular lot sizes and setbacks, and that a high percentage of the houses, whether old or new, do not call attention to themselves.

If there is to be any hope of preserving the street’s special “sense of place,” it is essential that new houses be designed to fit in with the character of the street by using traditional architectural styles and informal, natural landscaping. 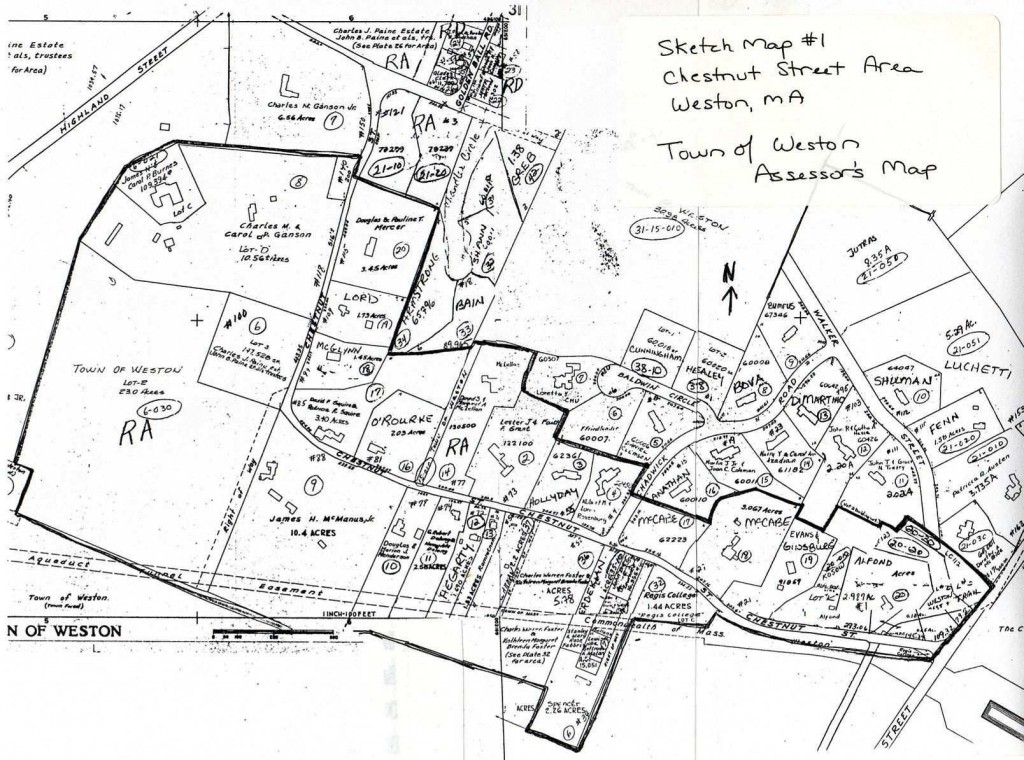