This style was influenced by the architecture of the Italian countryside.

Features
Its most distinctive features are the brackets (single or paired) under the eaves. Greek Revival columns have often been replaced by chamfered posts (posts with a beveled edge). Windows are often paired and may have arched tops. Some Italianate houses in Weston have a peaked central gable, and in some cases this feature was added to an earlier house. 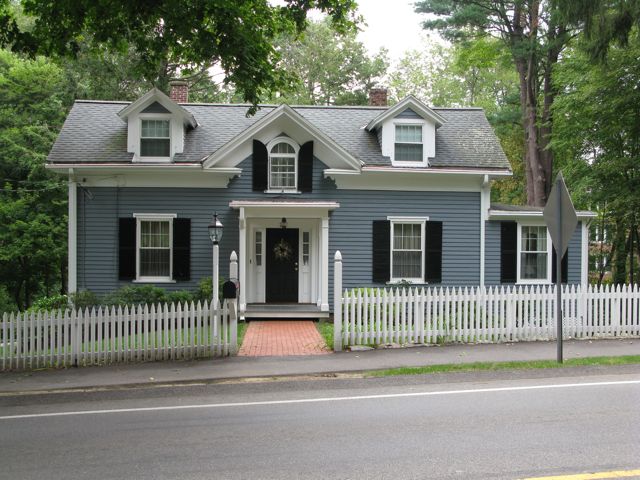