This is a native style of architecture, dating back to the colonial period in New England.

The classic Cape is a one and a half story house with two windows on either side of a central, front doorway and a central chimney. The eaves generally have very little overhang, and the trim is simple and understated.

Early examples have not survived in Weston, but the style has been widely used for houses built in the 20th century, which continue to exhibit the charm of their 17th century prototypes. 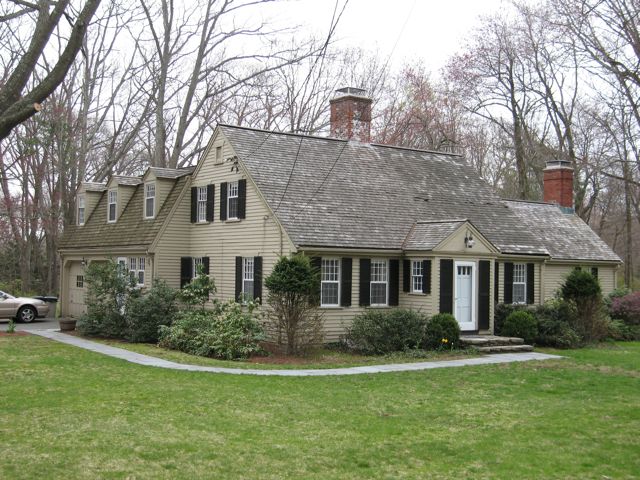