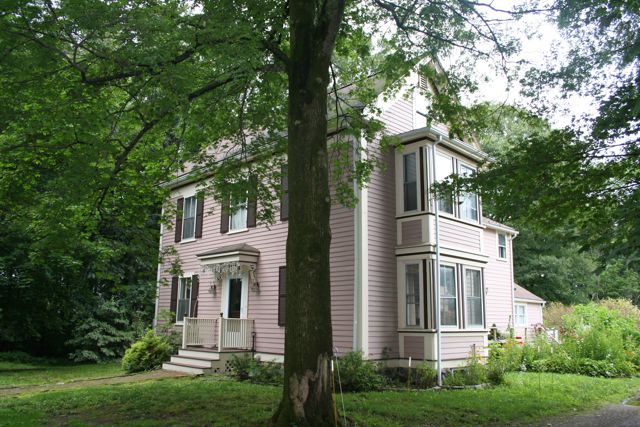 The northern end of Summer Street, from house nos. 11 to 51, is of historical interest as an example of how Weston developed from rural agricultural town to suburb in the early decades of the 20th century.

The pattern of development on the east side was directed by Dennis Keefe’s heirs. Over time, they created house lots for family members who built the type of simple country houses typical of Weston in the early 20th century. In contrast, some of the Hobbs land on the west side of the street was sold, in the early decades of the 20th century, to a “new breed” of Weston residents who brought a slightly more sophisticated taste to the construction of their houses.

The land in the upper Summer Street area, like much of the land in Weston, was farmland until the end of the 19th century. All the land on the east side of the street within this Summer Street Area Form was owned by farmer Dennis Keefe, who purchased 26 acres of land in 1851 from Walter Welsh of Cambridge. Keefe and his wife, Bridget, were Irish immigrants. Tax records suggest that 22 Summer Street (MHC 359, Map #14) was constructed about 1860, as Keefe was first taxed in 1861 for a dwelling and barn valued at $400 along with 21 acres of land valued at $800.

At some point, Keefe or his sons built a store and two barns, one of which was the large bank barn that still stands at 26 Summer Street (MHC for barn is 358, Map #13). According to neighborhood tradition, this barn was used as the warehouse for storage of grain from a grist mill located nearby on Stony Brook. Dennis Keefe’s son, Cornelius, is listed in the 1887 and 1893 directories as a grain dealer living on Summer near Central Avenue. At that time, he was one of two grain dealers in Weston. A later directory lists the two brothers, Frank and Cornelius, as dealers of hay, grain and flour on Summer Street. 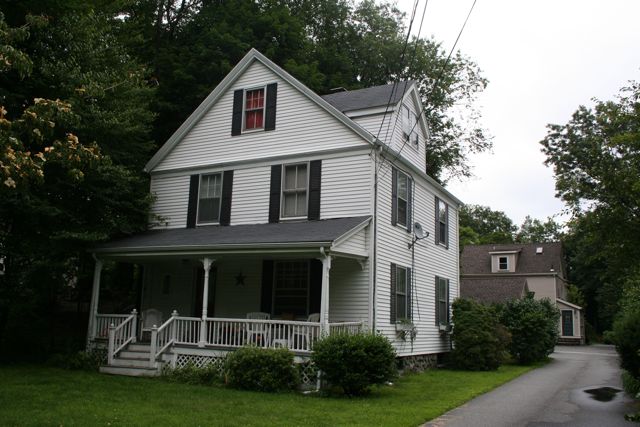 Two important members of the family died in the first few years of the 20th century. Cornelius was only 47 when he died in 1902. Two years later his mother, Bridget, died on December 19, 1904. At this point, the family decided to sell the homestead at 22 Summer Street. In 1905, Wm. F. Sherburne, whose wife was one of the seven Keefe children, sold the Italianate-style 22 Summer Street to Frank E. Wells, along with the large bank barn and an ice house/outbuilding on the site of the present no. 26.(Deed Book 3144/526 and Plan Book 195/13 of 1911).

Wells is listed in the 1906-7 directory as a dentist living on Summer Street. An advertisement in the directory for Wells and Boynton in Waltham noted that the partners specialized in “painless extraction” as well as crown and bridge work. In 1926, Wells split off the piece of land containing the smaller barn and sold it to his son, Ernest L. Wells, who was also a dentist. The younger Wells used the frame, stone foundation and other parts of the existing barn in building the Colonial Revival house at 26 Summer Street (1927, MHC 357, Map # 12). 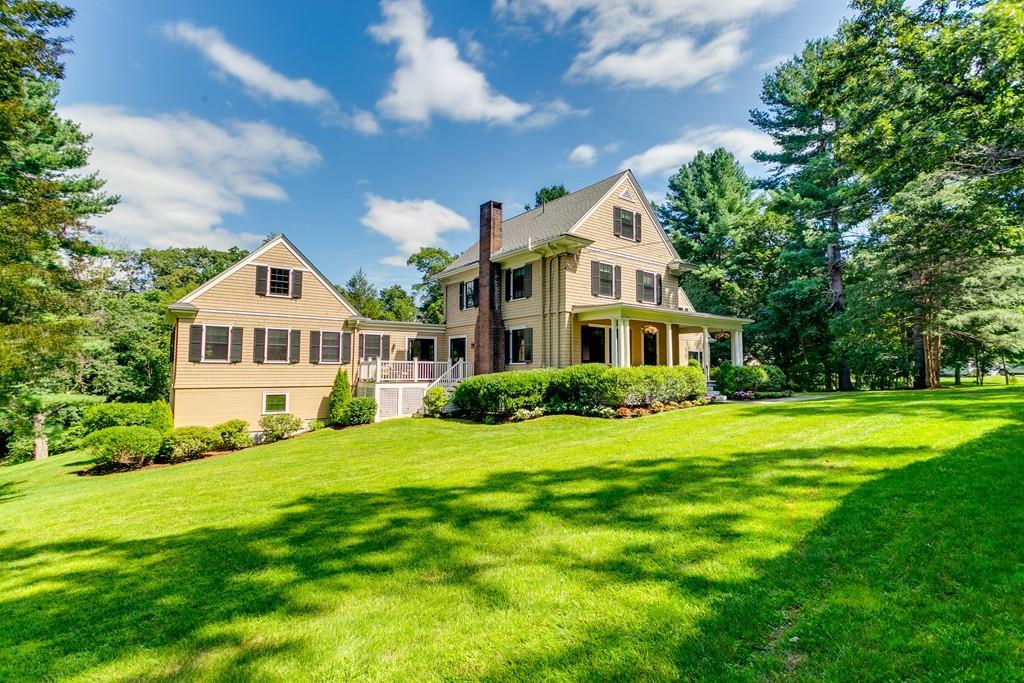 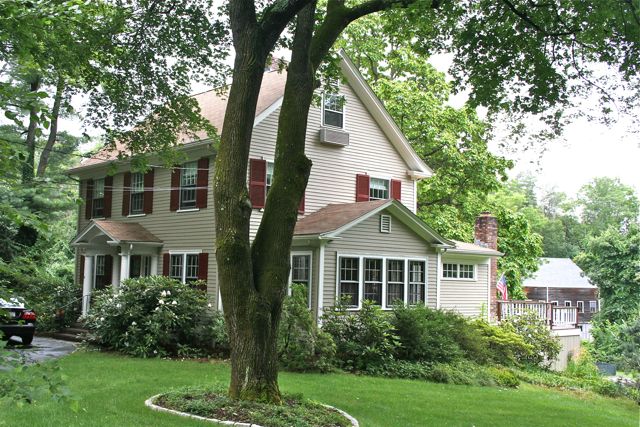 Frank Sherburne worked as a clerk for the Boston and Maine Railroad in Boston. After he retired at a young age, he worked as a farmer. In later years, Frank’s widow subdivided the land at no. 30 and gave a lot to her son, William, who built the house at 50 Summer Street (1958, Map #9) In the years before this house was built, the field was leased to another neighborhood resident, Mr. Weber, who used it to raise nursery trees.

West Side Development in the 20th Century

Development on the west side of Summer Street did not get going until the second decade of the 20th century. After that date, land formerly part of the Edwin Hobbs farm was sold off by the heirs, George E. and Hermann E. Hobbs. In February, 1910, they sold a lot containing 10,890 square feet (about 1/4 acre) at 51 Summer Street (1912, MHC 573, Map #8) to Clarence.

Fleetwood Mosher (Deed Book 3507/84), who built his simple gable front house shortly thereafter. Mosher was a gardener who worked for years at the Case Estates. Mosher’s brother, Harold, lived down the street at #68. 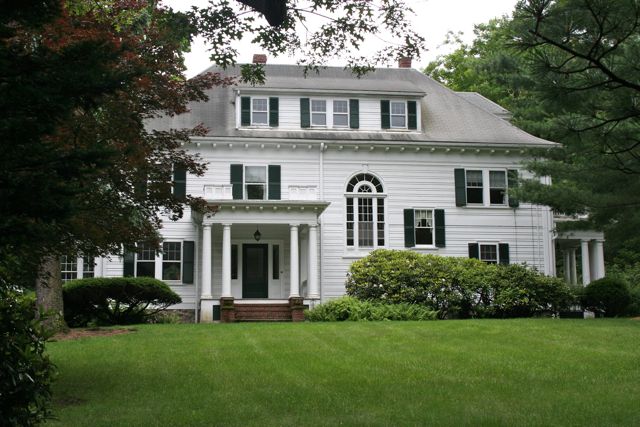 In 1923, Robbin’s widow, Caroline, sold the house to Marion Rice Johnson and George F. Johnson, who was a vice-president of Chandler Company, a fancy Boston department store. This house, in contrast to the others on the street, had extensive servants quarters. Behind the house were formal gardens.

In 1923, Hermann Hobbs sold nearly two acres to the Weston Real Estate Trust, which had been established by estate owner Robert Winsor to manage the Winsor land and purchase and develop other land in the Meadowbrook Road area. The trust sold the land in 1925 to George Johnson, with the stipulation that no building could be erected within the next 10 years without the written consent of the Trust (Deed Book 4929/117). In this way, Winsor and his three children, who all served as trustees at this time, maintained some control over the type of houses -- and also the type of residents -- in the Meadowbrook area.

Two years later, in 1927, Johnson sold one acre of the land, subject to the same restriction, to Grace Bentley Crouch, wife of Herbert Crouch, who built the house at 41 Summer Street (1927, MHC 572, Map #7). Herbert Crouch was in the wholesale grocery business in Boston with his father-in-law, George Bentley.

Bentley had three daughters, Grace, Ruth and Caroline. Caroline was married to the architect of the Crouch house, Clifford Allbright, who is listed in Boston directories from 1919 to 1945 as a sole practitioner. Allbright also designed two other houses for the Bentleys, one for Ruth (Bentley) Havlin, which remains at 222 Boston Post Road (see inventory form), and the house for his father-in-law, George W. Bentley at the corner of Boston Post Road and Rolling Lane (see inventory form for 8 Rolling Lane, formerly 190 Boston Post Road).

A simple English country version of the Tudor style is used for both the Havlin and Crouch houses. Allbright also designed the first St. Peter’s Church (now the Christian Science Church) at 439 Boston Post Road (see Form B).