The Pinecroft Subdivision Area is a good example of the type of subdivision developed in Weston between 1930 and the mid-1950s. By this time, automobiles and improved roads had made it possible to commute to Weston, which was still distinctly rural in feeling.

Style
The Pinecroft Subdivision, developed by Weston resident and real estate developer John Irving Connolly, met a need for middle class suburban housing for businessmen and professionals. Because these were the Depression, World War II, and immediate post-War years, houses were relatively modest and traditional Colonial Revival styles were favored. The Pinecroft Subdivision Area includes the core of the Pinecroft subdivision as well as houses developed during the same period in a similar manner as part of at least two other subdivisions. 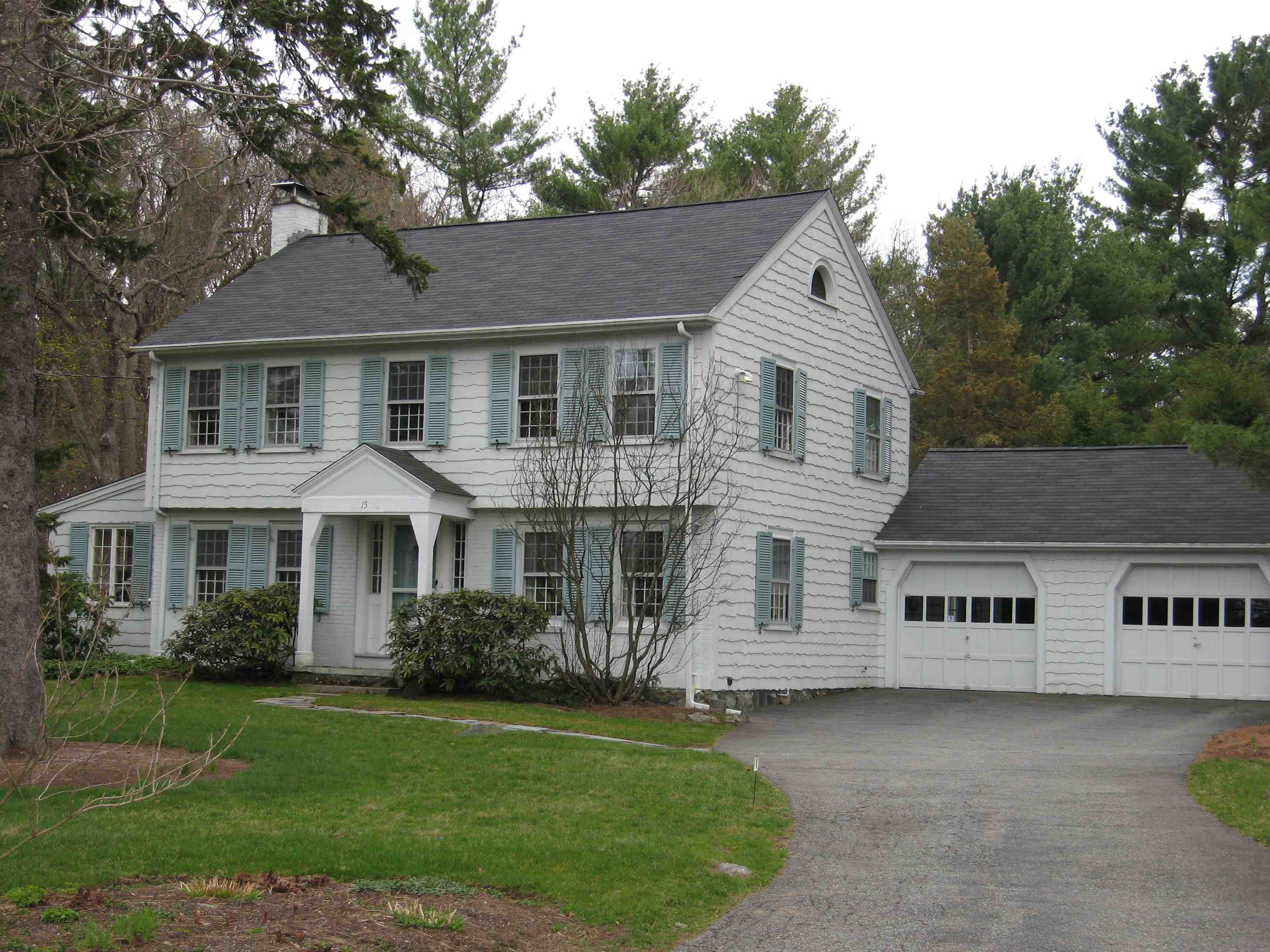 Early Farmsteads
Until the 20th century, the land for these neighborhoods was part of two farmsteads. One of the associated farmhouses remains within the Pinecroft Subdivision Area at 216 Conant Road (Nathaniel Bemis House, 1785, Map #10. MHC 300, Photo #1). On the 1795 map, this house was owned by Nathaniel Bemis, and at the time of the 1875 and 1908 maps, it belonged to the Spear family. The second early house in the area, located at the northeast corner of Viles Street and Conant Road, burned down in 1908. It was associated for many years with the Viles family. Many members of this large and well-known Weston family lived in this part of Weston beginning in the late 18th century.

Purchase
J. Irving Connolly purchased most of the Pinecroft Subdivision property from Katherine Viles Day in January, 1930. The purchase consisted of a 60-acre parcel with 2000 feet of frontage on Conant Road extending south from the corner of Viles Street, along with two parcels of 9.45 and 10.5 acres on the north side of Viles Street. In August, 1931, Connolly deeded all three parcels, plus the land on Highland Street where Irving Road is today, to his company, Country Homes, Weston, Inc (later Weston Country Homes Inc.) Frank J. Connolly was clerk of the corporation. Roads were laid out beginning in 1930, including the new roads of Pinecroft, Montvale, Fairview, and Eleanor.

Area Lots
The Pinecroft Subdivision included approximately 93 lots but some buyers purchased two lots. Twenty-five of the Pinecroft houses are included in this area form. Among the first houses to be built was at 16 Viles Street (1930, Map #48, MHC 1191, Photo #9) owned by Frank J. Connolly. J. Irving Connolly is also listed as living there in the early 1930s.
Restrictive Subdivision
A map of the property from 1937 described Pinecroft as a “highly restrictive subdivision.” Most of the deeds examined as part of the research for this area form mention restrictions but do not list them. A lot sold in 1937 to Richard White specified that “only a single family house shall be built on the above described premises.” A deed to Seldon and Christine Peakes (6927/415) in January, 1946, specifies “subject to . . . the restriction that plans for the building and plot plan showing location of the building are to be approved before the erection of any building upon said premises.” It was not uncommon at the time to set use and setback restrictions as well as minimum prices for house construction, the idea being that such restrictions would result in more uniformity of house size and quality throughout the neighborhood. 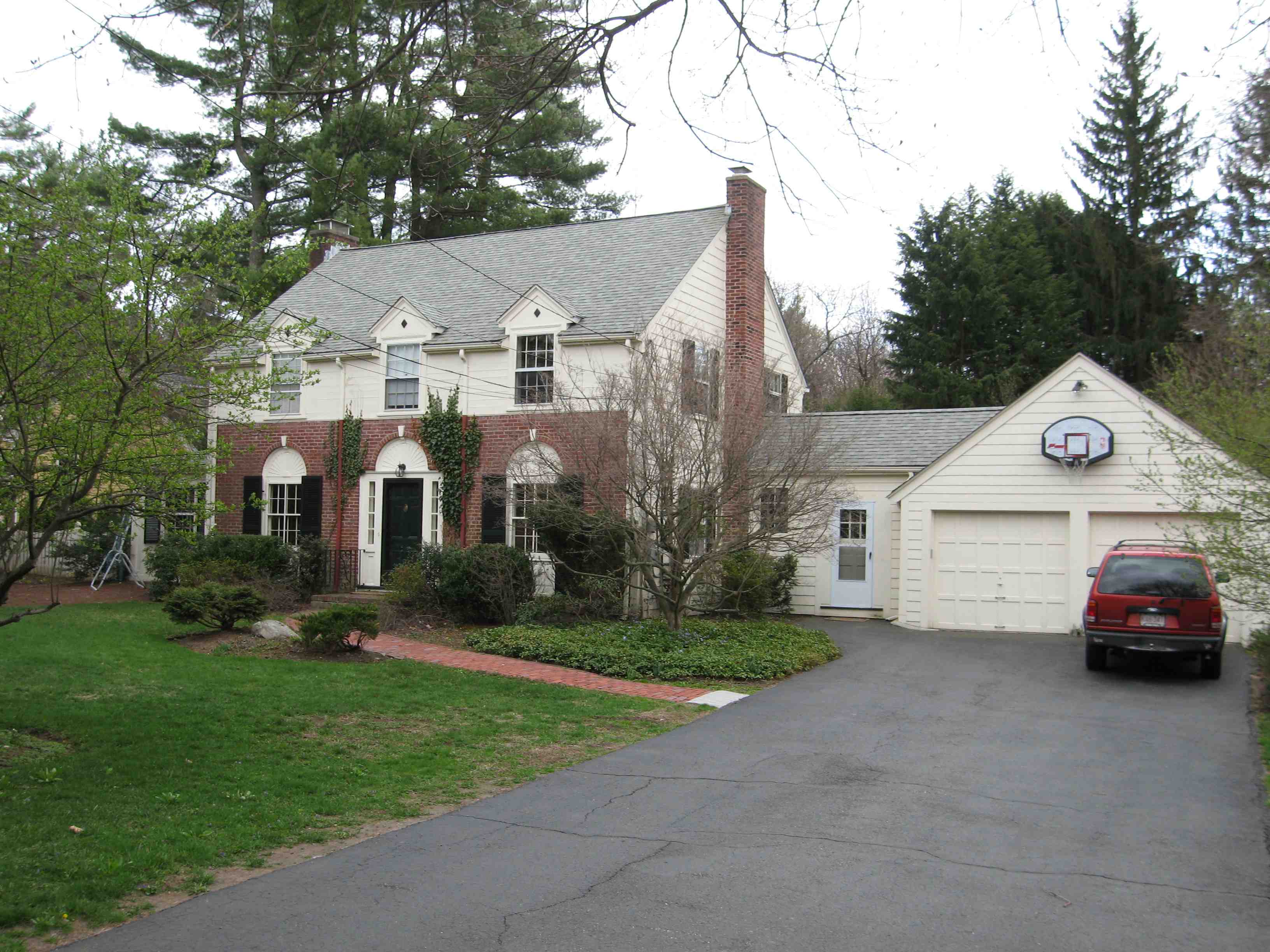 Family Members
Other members of the family involved in the business over the years included Herbert L. Connolly, who was treasurer in 1931, and Frances C. Connolly, who was president in 1946. Among the local builders building houses in the area were Ernest Comeau and Hector Osmond. 38 Fairview Road, a Cape design, was built by Hector Osmond, who built many houses in the neighborhood and lived on Montvale.

Typical Histories
The following house histories are typical for the Pinecroft Subdivision Area.

190 Conant Road
190 Conant Road (1923, Map #2, MHC 1154) was built for Douglas and Katherine Gregg and first appears on town tax records in 1932. The house was part of a subdivision done in 1922. The original subdivision plan was entitled “Plan of Kendall Green Springs Tract at Weston, Mass. belonging to Mary H. Martin.” and the land was sold with the following restrictions: 1. No building except one dwelling house designed for the occupancy of not more than one family, such dwelling house to cost not less than $4000; 2. No building shall be erected within 25 feet of the line of Conant Road or Martin Road…or within 16 feet of the rear or side lines of said lots; 3. No cesspool or outhouses….must have a septic system or “equally satisfactory and sanitary system…” The land changed hands several times before the house was built by the Greggs, who bought the land in April, 1931. The Greggs owned the property until 1947.

211 Conant Road
211 Conant Road (1936, Map #8, MHC 1159) was built in 1936 by Richard and Lillian White on land purchased from J. Irving Connolly. The house first appears on the 1937tax rolls, valued at $4500. In the 1946 directory, Richard White is listed as a general contractor based in West Newton. The deed for #211 contains the restriction that “only a single family house shall be built on the above described premises.” The Whites were athletically oriented and held baseball games on their property and flooded a pond for ice skating behind the house on Montvale.

Occupations
Occupations of the original owners of houses included in this area form include the following: